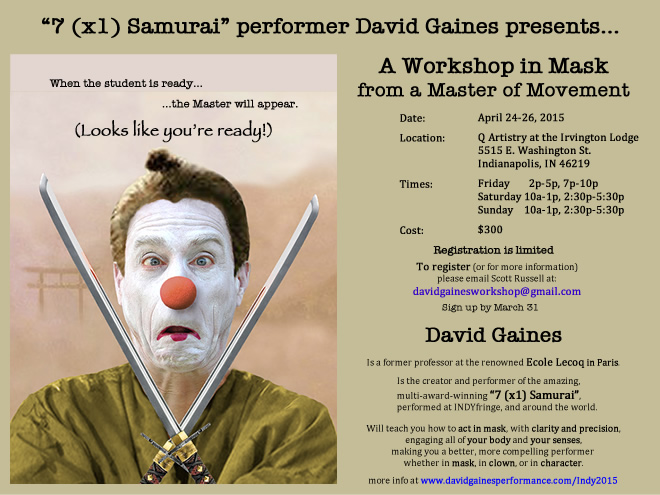 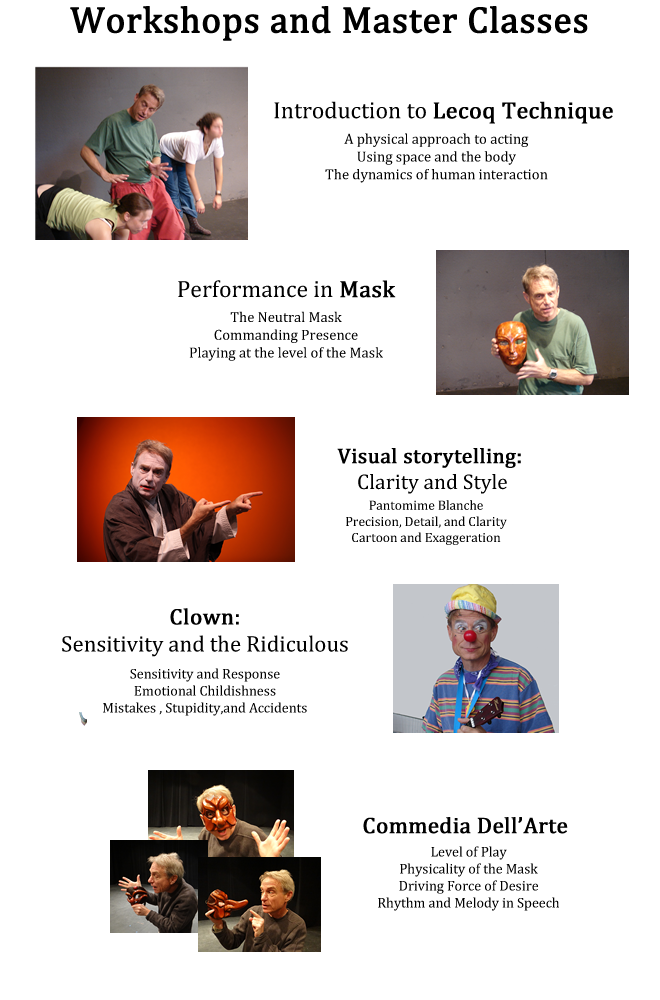 David Gaines is a specialist in the field of stage movement and actor training through movement.  His workshops encompass not only basic concepts of coordination, timing, rhythm, and grace, but also spatial awareness, mime technique, dramatic presence, and the fundamentals of mask work.

Trained as a student at the famous Ecole Jacques Lecoq in Paris, he later was invited to teach there as professor of movement, mask-work, and improvisation.

In addition, he was a director and performer for ten years with THE MOVING PICTURE MIME SHOW, in London, England - a company which was invited to every major theatre festival in the world, from Hong-Kong to Edinburgh, and from New York to Vancouver.

The goals of every workshop are:

Mr. Gaines offers an overview of the fundamental concepts of the Lecoq pedagogy and an introduction to the process and technique of performing with masks.  Physical exercises are followed by work on presence, space,  and improvisation.  The improvisations address the concepts of dramatic presence, use of space, neutral acting, clarity, focus, and attention to the "seed" event.

Students from all over the world travel to Paris to study at the Ecole Lecoq, whose former students include Ariane Mnouchkine (Theatre du Soleil), Steven Berkoff, Geoffrey Rush, Yasmina Reza, and the core members of Theatre de la Jeune Lune.  Now your students can benefit from the same training.  If you would like to find out why the Lecoq approach is considered the best movement training an actor can get, you are invited to take advantage of Mr. Gaines' current availability.

Interested in a more detailed description of what a workshop consists of?